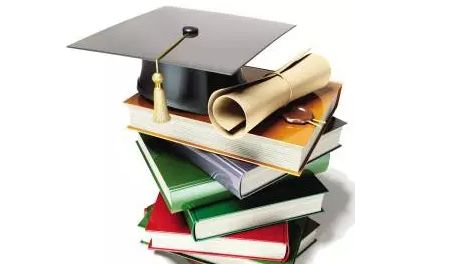 If we were asked exactly what we were doing a year ago， we should probably have to say that we could not remember. But if we had kept a book and written in it an account of _1_ each day， we should be able to give an answer _2_ the question.

It is the same in the history. _3_ have been forgotten because we do not have any written account of them. Sometimes men _4_ a record of the important happenings in _5_ country， _6_ often it was destroyed by fire or in a war. Sometimes there was never any written record at all because the people _7_ did not know how to write. For example， we know _8_ the people who lived in China 4，000 years ago， because they could write and _9_ written records for these who live _10_ them. But we know _11_ nothing about the people who lived even 200 years ago in Central Africa， because they _12_.

Sometimes， of course， even if the people cannot write， they may know something of the past. They have learned about it from _13_ people， and often songs and dances and stories have been made about the most important happenings， and these have been sung and acted and told _14_ many generations (後代)。 Most people are proud to tell _15_ their fathers did in the past. This we may call “remembered history”。 _16_ has now been written down. It is not so exact _17_ so valuable to us _18_ written history is， because words are much more easily _19_ when used again and again in speech than copied in writing. But _20_ no written records， such spoken stories are often very helpful.But if we had kept a book and written in it an account of _1_ each day

5.the important happenings in _5_ country

D.of that time and place

B.a lot of about

9.because they could write and _9_ written

A.have not learned to write

C.had learned how to write

D.had not learned to write

2.we should be able to give an answer _2_ the question

15.Most people are proud to tell _15_ their fathers did in the past

19.because words are much more easily _19_ when used again and again

3._3_ have been forgotten because we do not have any written

14.and these have been sung and acted and told _14_ many generations

1.  Once a landlord wanted to plant garlic in his fields. He found a group of boys and asked them to do the work for him. At lunch time he did not invite the boys to have lunch with his family. The boys had to sit by the door and have lunch on the ground. The landlord was afraid that other people would see the bad food for the boys. So with a smile on his face he said to them： “Boys， go and eat in the house. This is for your food. If you eat here by the door， the dogs will bite you.” The boys were surprised. But they said nothing and went to eat in the house. The landlord was quite pleased.

Supper time came and the boys went into the house again. When they walked past the landlord‘s room， they looked in through the window. What do you think they saw there? They saw a big table with white bread and all kinds of good food on it. The landlord and his family were sitting around the table and eating their dinner. But the food for the boys was bad. The boys were very angry. They wanted to teach the landlord a lesson. So they decided to plant his garlic upside down. And that was what they did the next day.

A.he wanted them to plant garlic for him

B.he wanted to invite them to have lunch with his family

C.he wanted to tell them to sit by the door

D.he wanted them to plant vegetables for him

3.The next day the boys planted the landlord‘s garlic upside down because _______.

A.they did not know how to plant it

B.they wanted to teach the landlord a lesson

C.they were afraid the dogs would bite it

D.they made a mistake

A.he was afraid the dog would eat their food

B.he was afraid the dog would bite them

C.he thought other people would see the bad food for the boys

D.he was afraid the boys would play with the dog

A.the garlic was afraid the dogs would bite it

B.the boys had planted it upside down

C.the boys had not planted it at all

D.the boys had not watered it